The Renaissance, DFHS' newsmagazine, earned a "Superior" rating. Renaissance Co-Editor-in-Chief junior Collyn Taylor was elected Vice President of SIPA's executive board and senior reporter Morgan Holton completed her tenure as the board's Member-at-Large. Additionally, Morgan served as an emcee for the SIPA talent show and was chosen to introduce keynote speaker and WIS-TV anchor Judi Gatson. Morgan was also instrumental in planning the regional convention and developing its theme: "Courage to Connect."

Amy Medlock-Greene, adviser of The Renaissance and The Silver Screen Report, completed her tenure as SIPA's Vice Chair and was elected to serve a two-year term as Chair of the regional organization. She also taught a pre-convention workshop in Final Cut Pro.

SIPA, a 15-state regional organization for scholastic journalists, hosts its annual convention in Columbia during the first weekend in March. Throughout the weekend, students attended hands-on classes covering software such as Adobe's InDesign and Photoshop, and enhanced their journalistic skill set through attending sessions about photography, videography, design, reporting, and news, sports and feature writing. They also learned about media law and ethics, and explored methods for expanding their coverage online and integrating social media such as Facebook, Twitter, Pinterest and tumblr into their publications.

To learn more about the organization, visit http://www.sipa.sc.edu/. 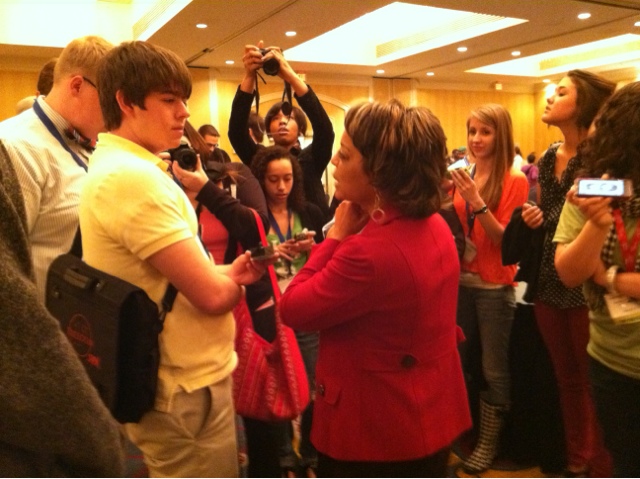